VISIBILITY IS STILL THE MOST POWERFUL ACT IN QUEER ACTIVISM
I was practically an adult before I truly understood that Queer people existed all around me, and that I was one of them, and it took many more years to process my own Queer identity. I grew up in the UK under the era of ‘Section 28’, a law brought in by Maggie Thatcher’s Tory Government in 1988 to prohibit the “promotion of homosexuality”, a reaction to the growing AIDS crisis and a depressing signifier of the endemic homophobia that was spreading at the time.

The amendment stated that a local authority “shall not intentionally promote homosexuality or publish material with the intention of promoting homosexuality” or “promote the teaching in any maintained school of the acceptability of homosexuality as a pretended family relationship”. The law was not repealed until 2003; for 15 years, LGBTQ+ people were hidden away, censored, shamed and treated with disgust and disdain, and an entire generation – my generation – spent our formative years not seeing, hearing, experiencing or learning that something other than a heterosexual and heteronormative existence was possible.

Queerness is something to celebrate, not tolerate.

This is still a reality for many people in countries across the globe; where LGBTQ+ communities exist in the shadows of right-wing governments and homophobic establishments. But worryingly, things in the UK are drifting dangerously close to returning to this reality. As the media hurls anti-trans rhetoric out at an alarming rate, and educational resources such as “No Outsiders” – an LGBTQI+ inclusive programme devised by teacher Andrew Moffat MBE – are being met with protests and calls for its rejection from the national syllabus, our Tory government (still driven by many of those who rejected calls to overturn Section 28, and who voted against the Equal Marriage Act) refuses to ban harmful Conversion Therapy and continues to overturn and pull back basic rights of LGBTQ+ individuals.

Our rights and our acceptance as Queer people are as fragile now as they have ever been. When news outlets show photos of thousands waving Rainbow flags during Pride in London and corporations post ‘Love Wins’ logos throughout the month of June, it’s easy to ignore the fact that hate crimes against LGBTQ+ people in the UK have risen by 160% since 2016. These contrasting factors are not coincidental; but have inspired and driven a lot of my activism over the last few years, in particular with Forest Gayte Pride and SheHerTheyThem. 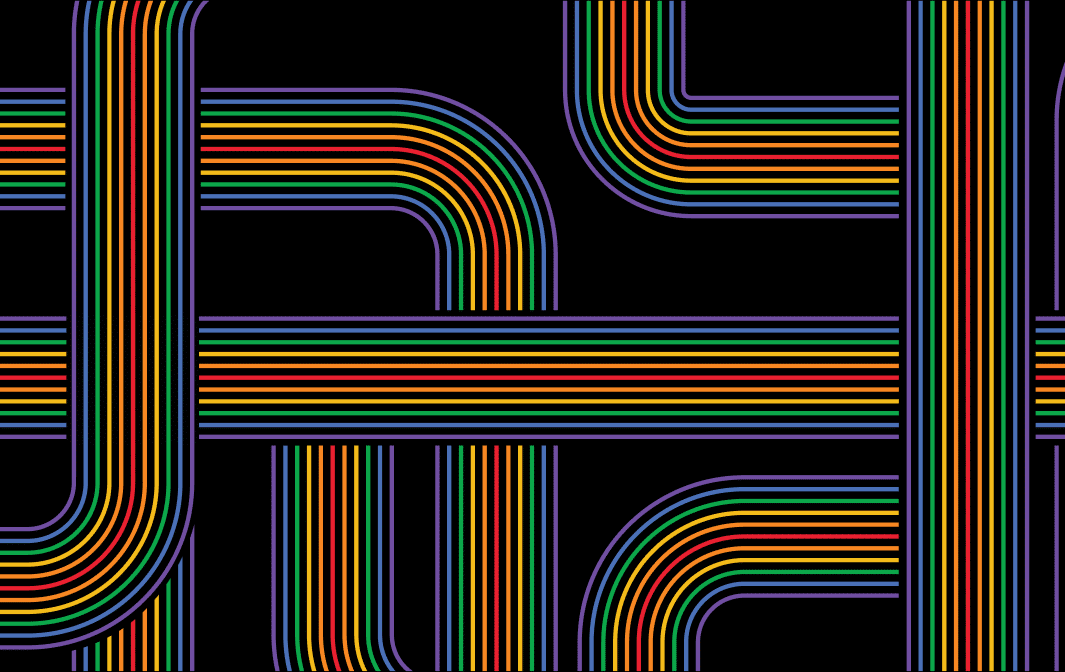 One of the most important things to me in my activism work is to provide space not only to support the LGBTQ+ community, but to create a platform to educate and inform those around us on the very real issues Queer people face. I often talk about the importance of working towards more than just ‘tolerance’ for Queer people. The word ‘tolerance’ is used disproportionately when discussing LGBTQ+ rights; it is offensive and derogatory language that suggests we should be grateful to be allowed to co-exist amongst a society which prescribes only one way of being. To ask LGBTQ+ people to accept that the most we should hope for from society is that our very identities be ‘tolerated’ is at best a starting point from which we should have moved on years ago, but more realistically, an insult. It is an example of the homophobia and prejudice leftover from the days of Section 28 which fuels much of the need for education and communication at a local level that can incite change and create a safer environment for our Queer community.

Forest Gayte Pride is centred around our Pride Community Information Hub; an area dedicated to LGBTQ+ charities, organisations and activist groups who have space to share advice and information, and can interact with our allies and members of both the Queer community and the local neighbourhood who might not otherwise have access to this education. The importance of the access to conversation and interaction on such a personal level is key to breaking down barriers between the LGBTQ+ communities and our straight allies.

Offering these events and spaces in our local community provide an important source of very genuine and positive visibility that undoubtedly impacts the acceptance of the existence of LGBTQ+ people. When a person struggling with their identity, or with what might happen to them if or when they were to come out, sees that Queer people not only exist but also thrive, and are celebrated and accepted in the place where they live, it can offer them a glimpse into a community and a life that is more open and supportive than they might have believed possible. More than half of LGBTQ+ people experience depression, and just the knowledge that there is a space for them can make a huge difference in navigating the fear, shame and isolation that afflicts so many Queer people.

When we think of LGBTQ+ activism, we often go immediately to the powerful and symbolic moments; whether it’s Marsha P Johnson and Sylvia Rivera at the Stonewall Riots, fighting back against Police Brutality, or the Lesbian and Gays Support the Miners leading the London Pride March in 1985 in solidarity with the striking Miners Unions, or Harvey Milk’s powerful speeches that resonated across the world before his assassination in 1978. But moments of activism happen every day.

Until expressing our queerness in public does not put us at risk, until we can show affection to our partners without fear of abuse or assault, until we no longer have to campaign for basic equal rights, access to health and social care, education and respect, until we do not have to justify our lifestyles; simply existing openly and unashamedly as an LGBTQ+ person is still the most powerful act in Queer Activism.