For the past 10 years I’ve been doing advocacy work in Memphis, Tennessee, a place with a rich history of activists who have paved the streets with their blood, only for myself and other activists to bleed out in the same manner, this time at the hands of the state. Since I started my early organizing, the impact on the local community has included advancing organizations in their ability to not only serve transgender and gender-nonconforming (TGNC) people but also employ us, educate us and most recently, house us. We’re still working on our place in schools and higher education institutions – mainly the bathrooms at this point. Currently we’re fighting for the ability to go into stores and the stores not being required by law to post signage that “warns its customers” that TGNC people frequent the establishment. Which is the same as the bathroom issue, just on Bill Lee (our Governor who signed the bill) steroids!

Practical Action is the realization of the work that’s at hand and things that are tangible for people to hold onto. Our Ancestors, who were slaves, had hymns and keepsakes, we will have land and homes… lots of tiny homes on rich land.

Because My Life Matters.

The TGNC community definitely needs advocates that are down to abolish systems that don’t serve humans at any cost. We need Allies to become accomplices and take our stories into spaces where we have been forbidden to go. No one wins war alone, so let’s do this together collectively. We need people to continue the redistribution of wealth. Imagine a world where everyone had a home and the ability to live a little… the way the filthy rich do. This past year we had so many people do just this and the impact will be felt for years to come.

For the TGNC community in Memphis, one of our biggest problems is that we have been told we don’t exist by our elected officials, like Tami Sawyer, County Commissioner and London Lamar, State Rep, both Black Women who are Democrats. They have refused to include us in budgets to enhance our efforts and have abstained from votes that could’ve prevented the lives of trans youth being a spectacle. This is the root of the violence that Black trans women face in Memphis at the hands of the state. Our current Governor has signed hateful anti-Transgender bills into law, which deny us the right to live our lives peacefully and without ridicule or prejudice. 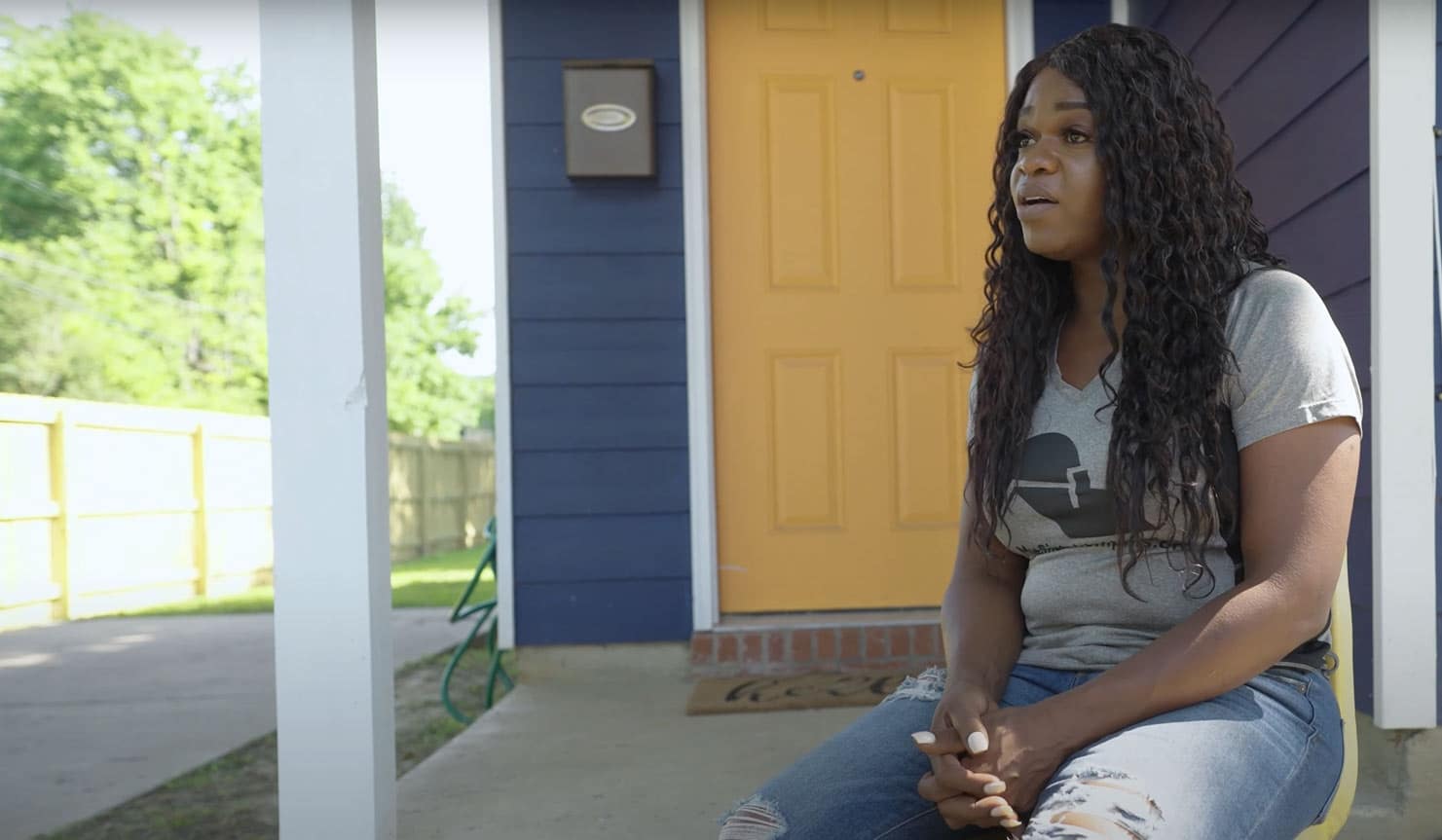 Homelessness coupled with the knowledge of my Ancestors’ impact on my life has me committed to this work – I sleep it! I wake up in the morning and am always on duty. My work is connected to me being able to live and thrive, it has made it directly connected to my safety and security and those who experience life like me. Many times, we lose sight of the vision because of the tactics of the oppressors. Take the insurrection that happened within our government: we believe in democracy, but we can’t even hold all “Americans” to the same standards. It’s egregious that we have some battles to face as people of color. Top that with my out loud transness, some would say it’s a beautiful recipe on the surface. But I dare people to look a little deeper, not only at me but at all humans, to see who is strong and resilient when we shouldn’t have to be, and not judge us in our vulnerable spaces but remember all the times we sacrificed. Check on your strongest friends… we get weak too!

We’re supposed to be intersectional even if the issues don’t directly affect us. But all too often Black trans lives don’t garner the same support. When we say Brianna Taylor, we should also say Tony McDade.

Visibility is important because it humanizes our existence, making sure younger TGNC people know they belong and that someone is fighting like hell… so they don’t have to.